This website introduces the contents of the current Centro de Interpretación y Atención al Visitante de la Torre de Hércules [Tower of Hercules Visitor Services and Interpretive Center, CIAV in Spanish], which is located at the foot of the access ramp to the lighthouse. The CIAV is made up of two enclosed areas and is dedicated to receiving visitors and providing them with historical and current information related to the monument and its surroundings. 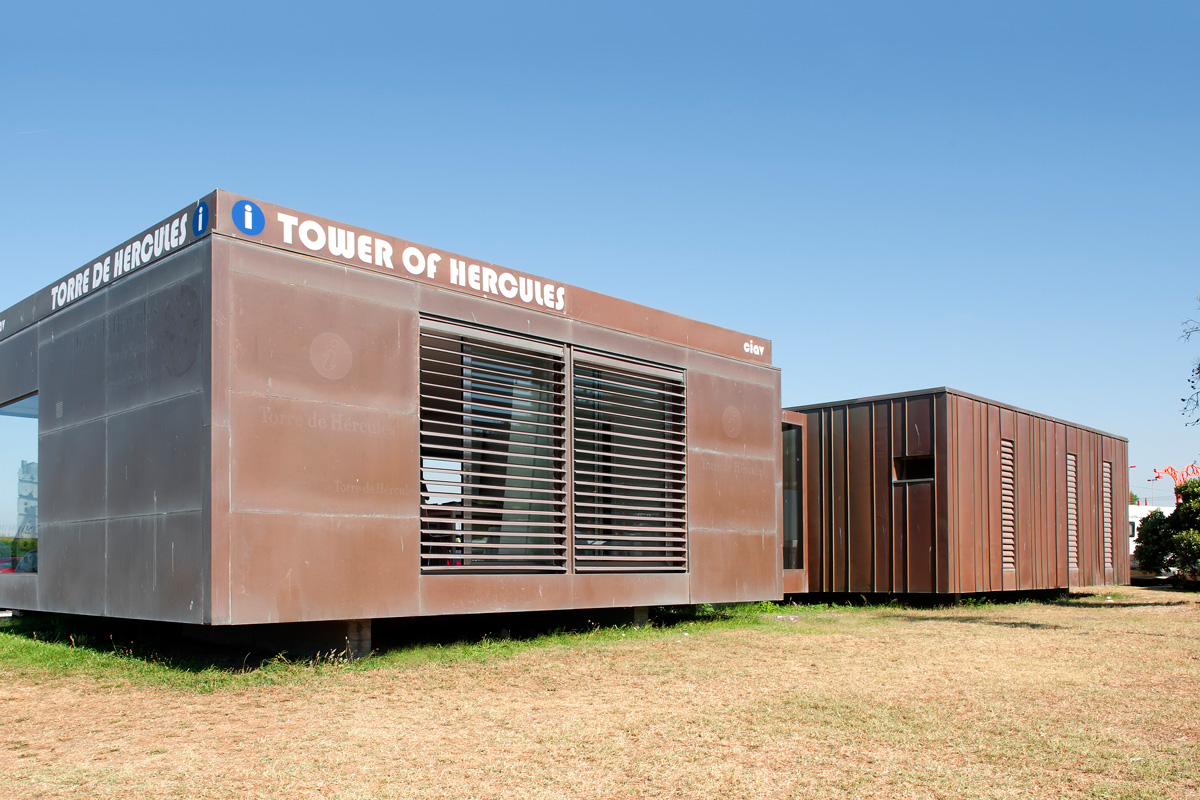 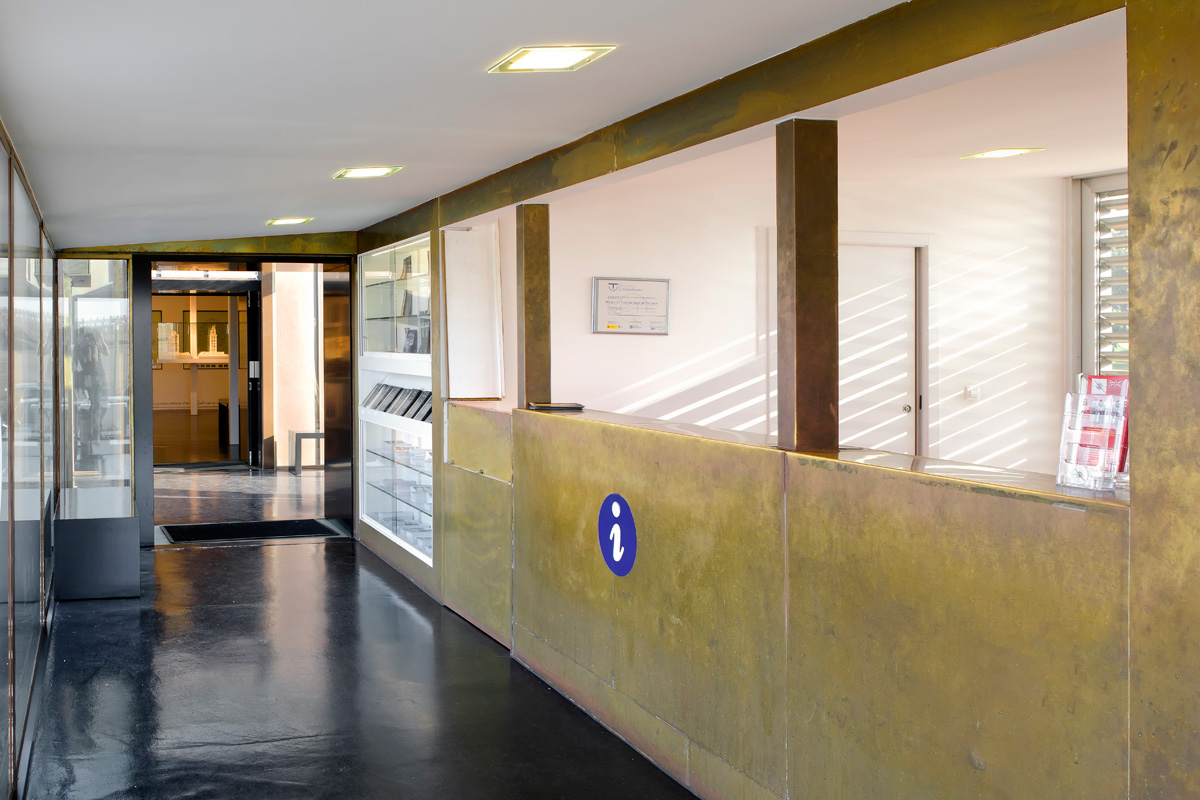 At the entrance visitors are greeted by a sculpture of Hercules created by Francisco Leiro. To its right is a reception area staffed by specialized personnel, where a variety of brochures with information about the Tower, the CIAV, and the city’s tourism resources are also available.

To the left there are a variety of displays, maps, models, and interactive screens that offer the visitor information about the historical evolution of the lighthouse and its surroundings from the perspectives of heritage, culture, and society.

There are three relief maps on display that analyze data related to the lighthouse’s significant influence on the importance of trade routes from the Roman era until modern times, and which orient the viewer within the temporal context of the lighthouse’s creation. There is also a model of a Roman trireme (a sailing ship with three rows of oars), as well as two other models depicting a hypothetical reconstruction of the tower during Roman times and the tower as it stands today. These allow comparison of the structure during different time periods as well as consideration of its original form.

A variety of video screens allow a compilation of information on the monument to be displayed, including signs, images, maps, and early plans. A slideshow also uses a succession of images to explain the phases of the tower’s construction. These contents are complemented by informative panels that describe the tower’s historical evolution and the most relevant historical events in relation to the tower. The displays also include a description of Roman construction methods, a copy of the Peutinger Map, the signatures of those involved with the structure, and the evolution of the tower’s operation as a maritime beacon and navigational aid from its initial construction up until the present. 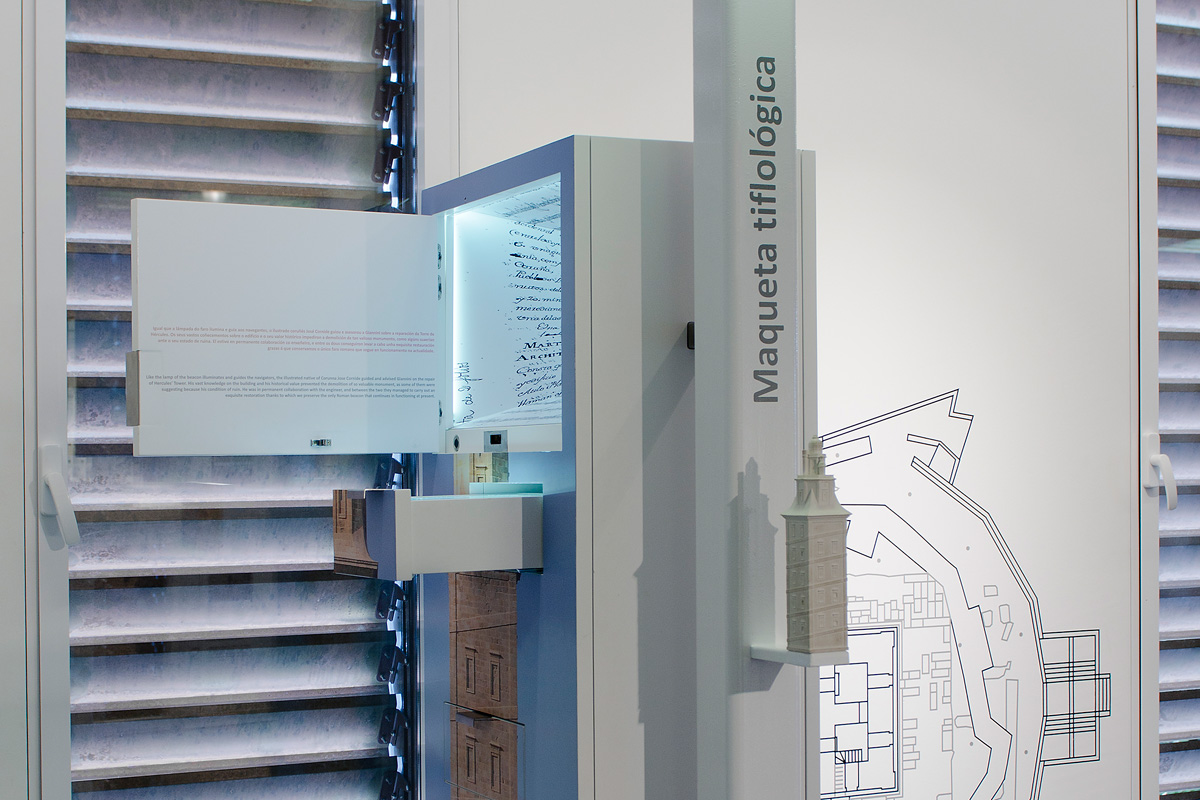 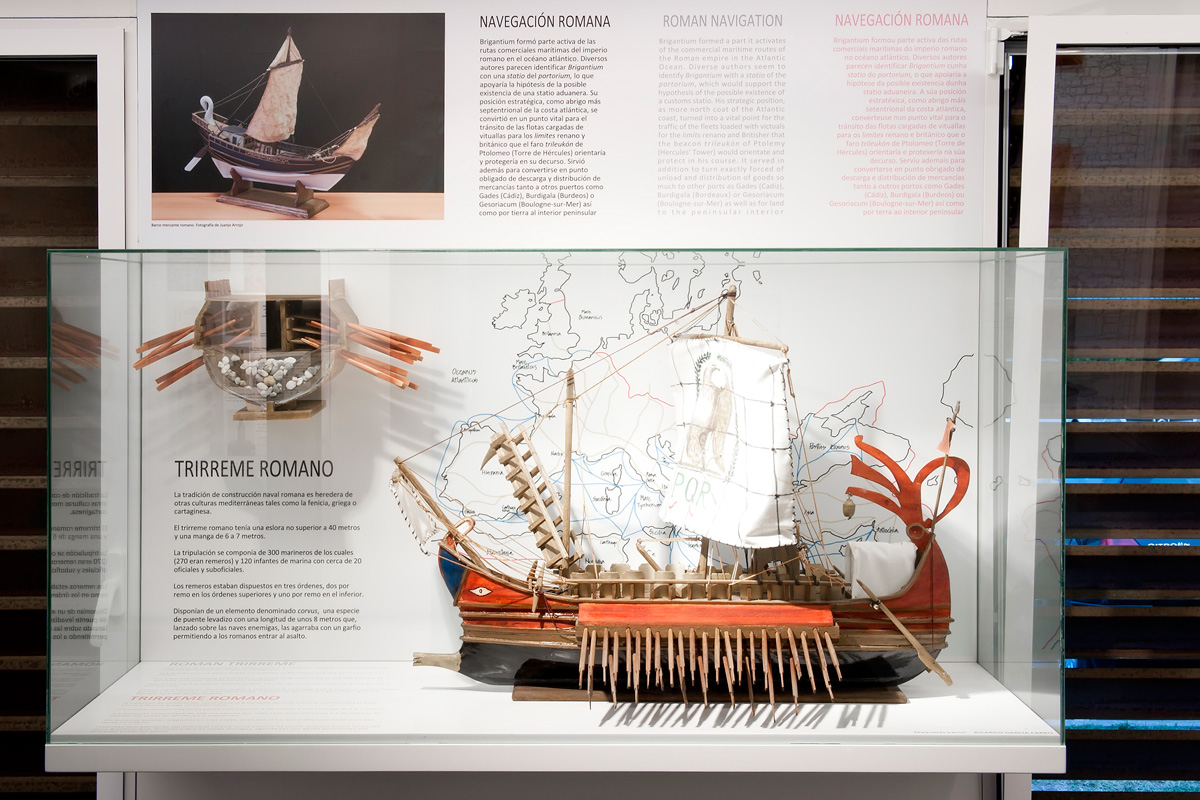 The Tower of Hercules is the only lighthouse on the UNESCO list of World Heritage Sites. This reflects the exceptional nature of the monument and its possession of one of the characteristics required by this international organization for inclusion on its list: to represent “a unique or exceptional testimony to a cultural tradition or to a civilization which is living or which has disappeared”.

The first efforts to obtain World Heritage status for the Tower of Hercules took place in 1986, but further support was received in 2001 from the Instituto de Estudios Torre de Hércules [Institute of Tower of Hercules Studies]. Success finally came in 2009 with unanimous approval by the UNESCO World Heritage committee, and the designation was awarded in Seville on June 27 of that year.