The Tower of Hercules is the only Roman lighthouse where a significant part of its structure is preserved at the base, even though this has been hidden by the neoclassical-period alterations. Quadrangular in plan view, the tower currently measures 55 meters in height, 34 of which correspond to the Roman construction and the rest to the 18th-century restorations directed by Eustanquio Giannini. The lighthouse now rises up from a polygonal platform that dates to the 19th century.

The austere facades are structurally repeated across the tower’s four faces, with rectangular openings incorporated at various heights. The exterior is surrounded by a spiraling stone belt that evokes the ramp of the Roman era, which once rose to the top of the structure. Traces of this ramp were still evident in the walls when Giannini began his rehabilitation of the structure at the end of the 18th century. An octagonal upper vault then supports the lantern 11 house at the top of the tower.

he core of the tower, which has been covered by these neoclassical modifications, corresponds to the Roman structure designed by Caius Sevius Lupus in the 1st century A.D. and erected at the entrance to the Gulf of Artabro as a guide for ships travelling along the western edge of the empire. The structure was organized into three levels with four independent chambers per level. 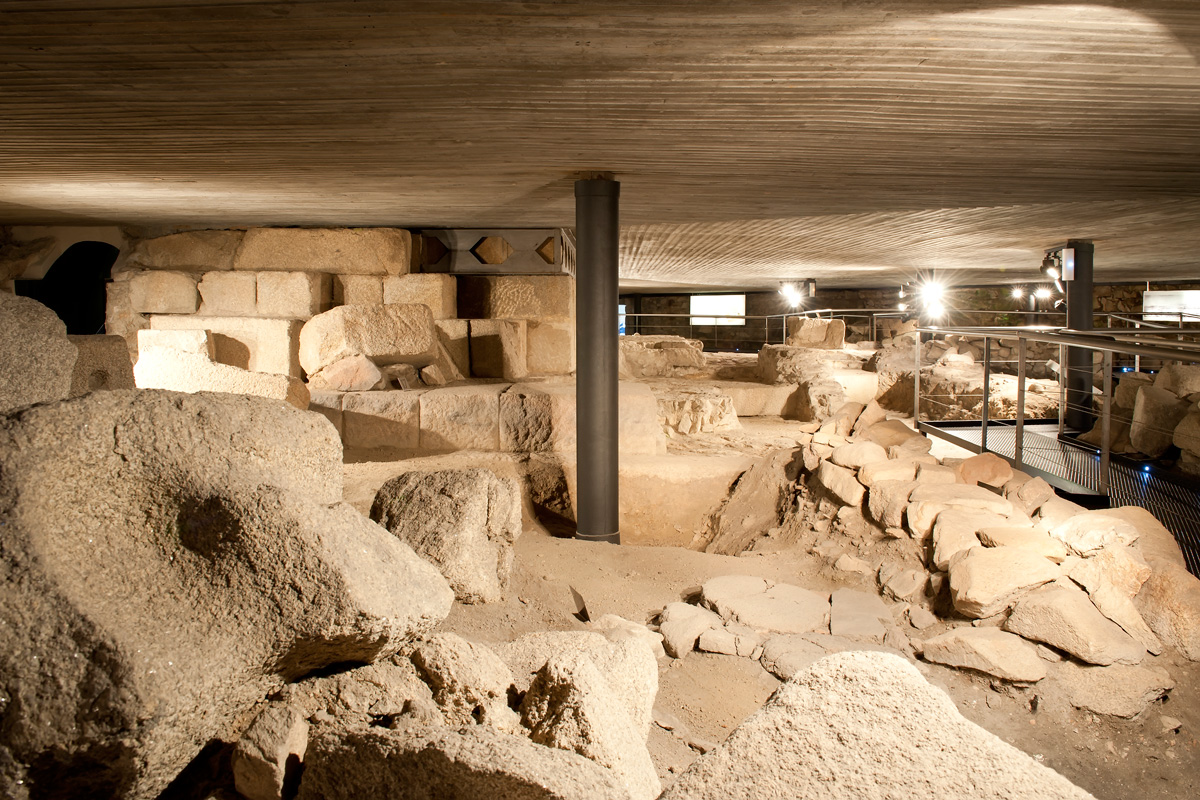 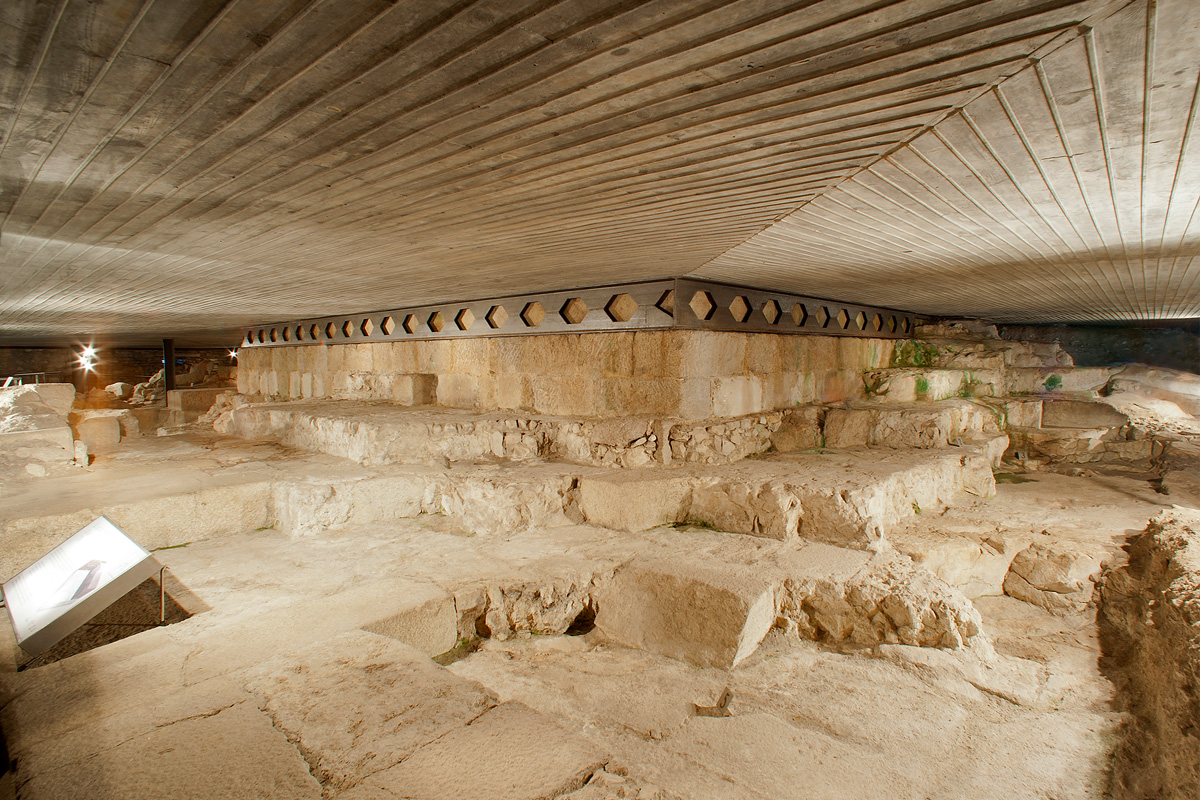 The Roman construction methods can be categorized in the following manner:

After the fall of the Roman Empire, the Tower of Hercules was abandoned for long periods of time and the structure’s facings and access ramp were negatively affected. In the 17th century the Duke of Uceda therefore ordered construction of a stairway to allow access to the top of the tower, and Giannini maintained its route during his significant remodeling a century later. The stairways run through the Roman core and ascend to reach the upper octagonal vault, which is also known as the Giannini room, where Giannini left his signature. This chamber allows access to the small structure that forms the lantern house.