After the Roman conquest, maritime commerce increased considerably in terms of both volume and frequency. This was due to the presence of the military outpost and the importance of the coast as an access point to the interior. This led to standardization of the open-sea navigation system and the route across the Bay of Biscay allowed Rome’s dominion over the North Atlantic to be consolidated.

Uniting the seas off the coast of Spain with the Mare Britanicum promoted the further development of naval technologies, bases for fleets, and maritime trade routes. Construction of the lighthouse prevented loss of a coastal reference point and provided guidance for ships travelling across the western ends of the empire. The resulting contribution to Roman taxation also probably made a significant contribution to the increase in high-seas navigation and Atlantic trade contacts. 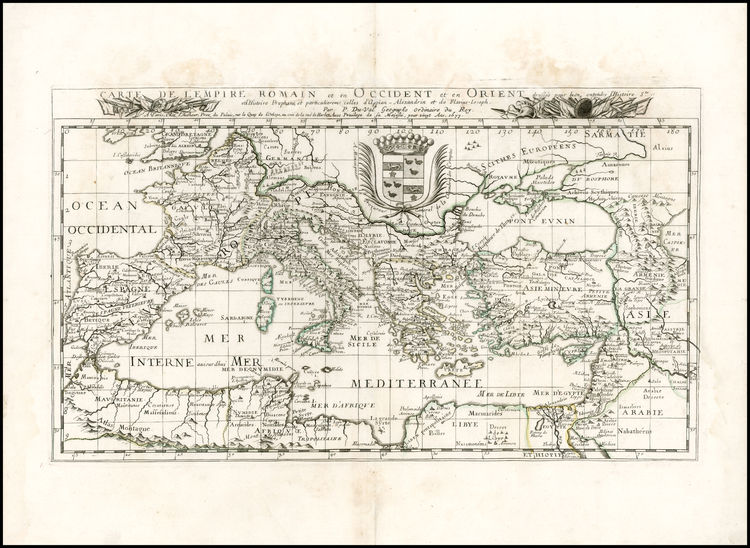 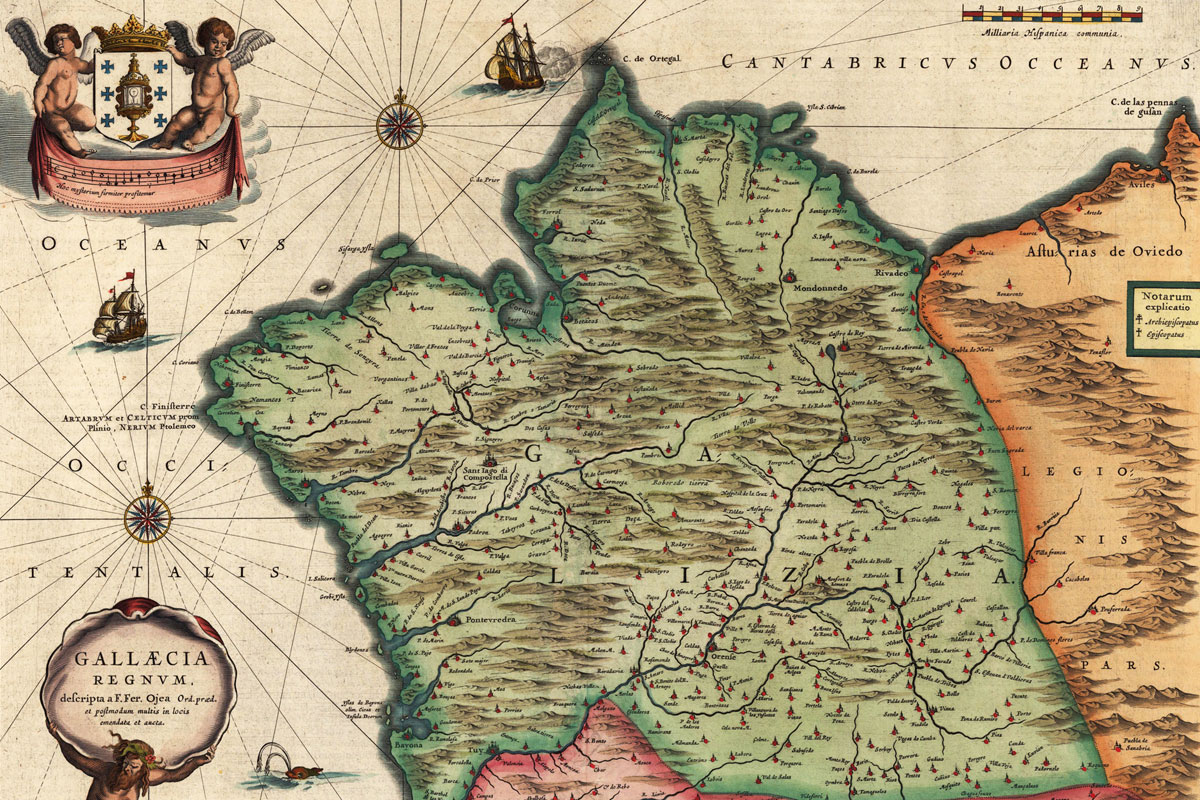 On land, the army was put in charge of building the roads that allowed control over Roman territory to be maintained. In the Antonine Itinerary, a document with a 4th-century copy preserved but which seems to have been written earlier, there are mentions of some of the roads in Galicia, such as Road XX (called per loca marítima) which joined Braga, Portugal with Lugo, Spain by the coastal route; Road XIX, which connected Braga with Lugo by the interior route; and Road XVIII, which linked Braga with the Spanish city of Astorga.

The Peutinger Map, preserved at the Austrian National Library, shows a representation of the system of public transport designed to interconnect the vast Roman Empire. The version of this map that has survived until today is based upon the 3rd-century original. This copy was created on parchment in the 12th century and is divided into 11 sections. The section corresponding to the Iberian Peninsula, where the Tower of Hercules is represented, does not appear on this copy, but this section was reconstructed in the version produced in 1898 by Konrad Miller. The purpose of this map was to describe the empire’s roadway structure, the cursus publicus, and to accomplish this the map was given an east-west orientation. 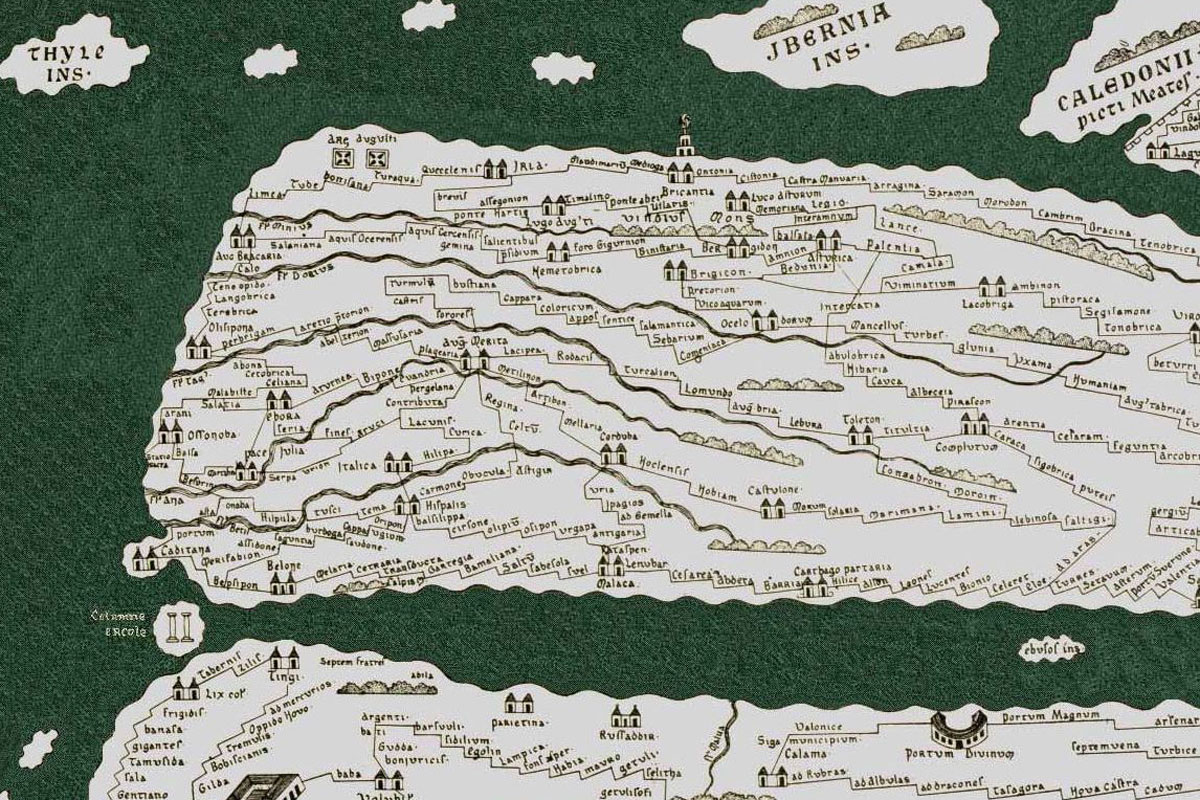 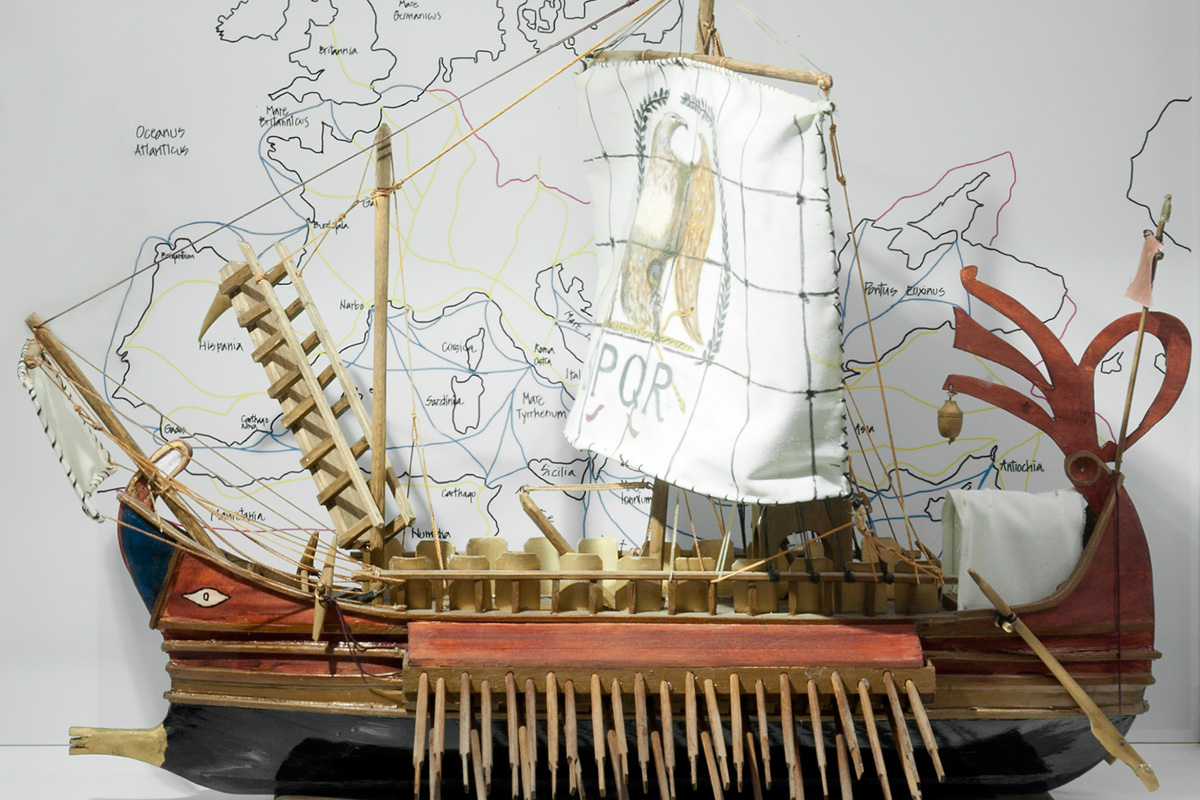 The strategic position of Brigantium, the original center of modern-day A Coruña, was valued as a sheltered port within the maritime trade routes of the Roman Empire. This setting was the most northern location on the Atlantic coast and fleets loaded with goods could make stopovers there. It also served as a loading, unloading, and distribution point for the rest of the peninsula and for other ports such as Bordeaux and Cadiz.

The ships in use at the time were the Roman triremes, modeled in part after those of the Phoenicians, Greeks, and Carthaginians. These craft were more than 40 meters long with a 6-7 meter beam (width). They required a crew of up to 300, including oarsmen, sailors, sub-officers, and officers.